Read more about the life story of James (Jimmy T) and share your memories in the Tribute Book.

James Thomas Sanders (Jimmy T), to his friends, passed away on November 13, 2022, at his home in Tunnel Hill, Georgia, after a short and brave fight against heart failure. He believed this illness would be cured as he was a favored son of God, and it was! He was not just a man; he was, in his own words, “the best there is, the best there was, and the best there ever will be” he left behind a massive amount of stories for his family and friends who have no idea what to do with them. Jimmy T was a fine man, a husband, a brother, a father, a grandfather, and a great-grandfather. He was born on September 13, 1960, in Ohio. He was the youngest son of his mother, Jewel Lucas, and a favored brother to his siblings.

Jimmy T came from humble beginnings — often in hardships when growing up because the family could not afford much. He always adhered to what he learned in these early years and became a ferocious trader and dealer. He could make a thousand dollars on anything within three trades. As a result, Jimmy T saw many things others missed and had experiences others did not. His sense of self-preservation was astounding and enabled him to survive even the direst of circumstances.

Jimmy T had a strong testimony of his Savior, which helped sustain him through life’s many challenges, including his last, greatest challenge. He believed in redemption, and he never surrendered.

But especially, Jimmy T had a great sense of humor. He loved catching people off-guard with surprise visits, unexpected gifts, and storytelling. Jimmy was legendary for not holding back his opinion and had a knack for telling it like it was.

He loved his family and friends “more than they will ever know.” He is survived by his adoring wife, Jan Sanders; his sisters, Marjorie Sanders, Kay Sanders & Jill & Dale Smitherman); his Big Brother, John Eddie (Red Bone) Lucas & his children, Shaunna Henry, JT Sanders & Michelle Johann & his nephew Michael Seay. He is also survived by countless grandchildren, nieces, nephews, a great-grandson, & his close friend Victor Allen.

Jimmy T requested that, in lieu of a ceremony, people remember him for who he wanted to be and recall the good times he was able to share with them over any bad memories that he may have grievously brought with him. May he sit at the Lord’s table today because he probably “ain’t eat in three days.”

To send flowers to the family or plant a tree in memory of James (Jimmy T) Thomas Sanders, please visit our floral store. 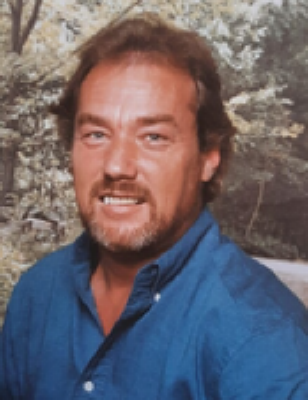 
Family and friends are coming together online to create a special keepsake. Every memory left on the online obituary will be automatically included in the book.

You can still show your support by sending flowers directly to the family, or by planting a memorial tree in the memory of James (Jimmy T) Thomas Sanders
© 2022 Jones Funeral Home. All Rights Reserved. Funeral Home website by CFS & TA | Terms of Use | Privacy Policy | Accessibility